Abby Lovshin-Smith (she/her) began her Brown Ledge career as a camper in 1993, graduated from the JC program in 2000, and spent five summers as a Sailing counselor through the summer of 2006. She was born and raised in Vermont but spent 18 years down South.  She attended Auburn University in Alabama and graduated with a BS in Interior Design. Her design skills lead her to a 12-year career in retail management with Anthropologie in Atlanta, GA, and Nashville, TN.

She returns home to Vermont and to Brown Ledge as the next Director, following Bill and Kathy Neilsen’s honorable and cherished 36-year run.

Abby describes Brown Ledge as her place of self-discovery; it taught her to be empathetic and to feel pride in herself and others.  She looks forward to re-connecting with the BLC community and leading Brown Ledge into the future. 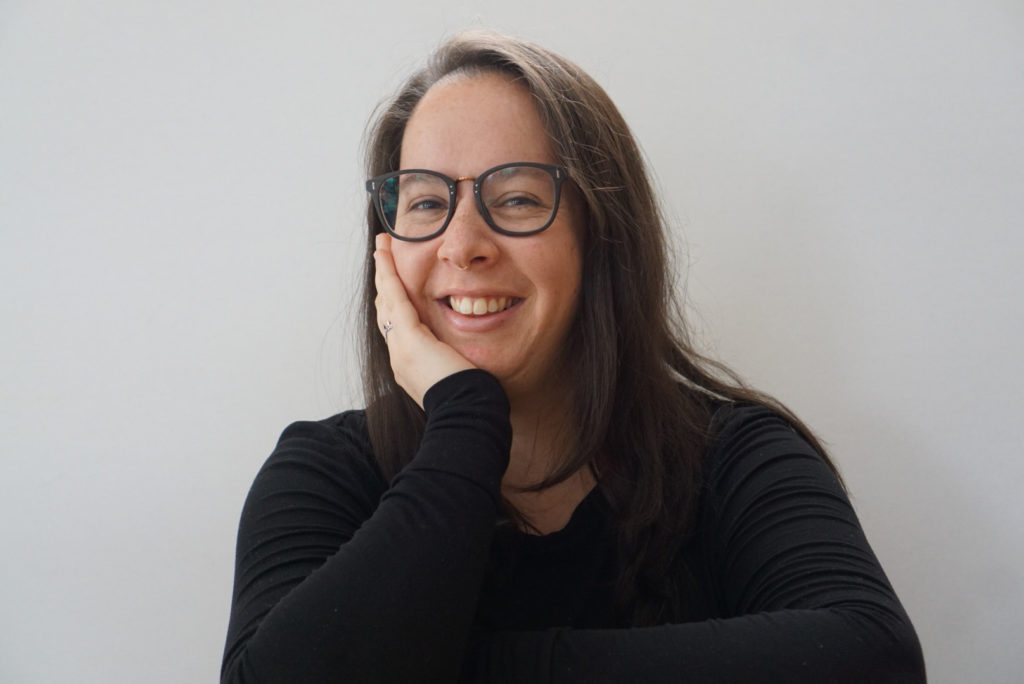 Marjorie Isaacs (she/her) is thrilled to join our year-round staff as Assistant Director. After graduating with a Bachelor’s Degree in Social Work from The University of Vermont, Marjorie earned her Masters in Social Work at Columbia University. She has spent her career dedicated to supporting children, youth and families as an advocate, social worker, and therapist.

Marjorie is proud to have learned so much about the power of community and connection through her experience at Brown Ledge, and is drill-performance, Aquacade’s-about-to-start, curtain-rising-on-the-musical level excited to bring her skills, passion, and experience to Brown Ledge in her role as Assistant Director. Marjorie will continue to work with the incredible team of BLCers who are furthering Camp’s commitment to diversity, equity and inclusion. She believes deeply in the power of community and connection, and is excited to support campers, families and the Brown Ledge community in this role. Shannon Elford (she/her) is thrilled to be joining the Brown Ledge team this year as the Operations Coordinator. She’ll be dealing with all things finance and camp operations. Shannon graduated from Arizona State University in 2016 with a BA in Art Studies. She spent several years as the Head Coach and Program Director of an all-girls rowing team in Arizona.

Shannon was first on staff at Brown Ledge as the Head of Swimming in 2018. She and her wife, Sam Newbery (senior staff 2015-2021), are new year-round Vermonters. Mitchell Watson started with Brown Ledge in 2019, and worked his way into his current role as Facilities Coordinator. Under the tutelage of former director Bill Neilsen, Mitchell has learned the in’s and out’s of the Brown Ledge facility. This includes camp’s intricate water and sewer system, caring for over 70 buildings, and maintaining grounds. He also is responsible for vendor relations and ensuring the bills get paid on time.

When he is not chasing around his two daughters (Dottie and Mabel), Mitchell enjoys watching football, playing pickleball, and hiking when he has the time. Mitchell appreciates the sense of community that comes with working at BLC. Kate Pastore (she/her) first came to Brown Ledge in 2007 as a camper and graduated from the JC Program in 2013. She spent five summers on senior staff working in Waterskiing and Wakeboarding and began working for camp in the off-season in 2020 as BLC’s New Staff Coordinator.

Kate studied Psychology and Studio Art at the University of Vermont, and feels fortunate to have stayed connected to camp throughout her college and post-college years. She credits Brown Ledge for teaching her the value of community and for providing her with so many meaningful relationships and learning opportunities. Outside of camp, Kate has worked as an art teacher and a barista and notes that she was drawn to these work environments for the community, creativity, and connection that they offer. She believes that these values are deeply integral to the Brown Ledge experience and is excited to dive more deeply into them in her role as Program Coordinator. In this new position, she works closely with Abby and Marjorie on staffing and summer programming needs and with Franny on social media and alumni outreach. Emmie Nilsson is a lifelong Brown Ledger; she started camp at the age of two, arriving at camp with her parents, waterfront counselors Hans and Eva Nilsson. Once she was old enough to move into a camper cabin, Emmie became a camper, junior counselor, and then a senior counselor. Emmie spent most of her time at camp on the waterfront, earning her Sailing Vanguard and becoming the head of the sailing department for multiple summers. Emmie graduated from the European School of Economics with a bachelor’s degree in business administration, specializing in international marketing and event management. After graduation, Emmie worked at Georg Jensen in Copenhagen in a variety of roles utilizing her online marketing and project management skills. Currently, Emmie is living in Hemsedal, Norway, working as Sales and Marketing Director for a boutique mountain hotel. Emmie leads the junior counselors (JCs) with steady and consistent support, unbridled enthusiasm for all things Brown Ledge, and a great sense of fun.